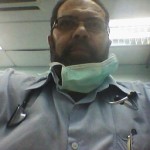 EW biotech Lab (UK) ( ACE Cells Lab Limited)  is proud to declare the advanced breakthrough their scientists were able to achieve, as their EG-Covimab-H  (patent pending GB2019861.3), had proved successful in its first in-Vitro efficacy test.

The In-vitro test, a Tissue culture test for the efficacy and tissue toxicity for EG-Covimab-H, was done in the labs of the Scientific and Technical Research Centre of Turkey (TUBITAK), Marmara research institute.

The safety of the tissue with dilution of 1/16 proved to be 90-100% safe for the tissues. While with the same concentration, the efficacy against SARS-CoV-2 Virus reached 96%. This is the highest percentage of success for this stage in all known antibody treatment tests.

EG-Covimab-H should serve as a Vaccine that gives immediate immunity against the virus (Passive Immunity). It can also serve as a treatment for the early stages of Covid 19 syndrome.

EG-Covimab-H is a purified human polyclonal antibody that was derived from special cultivation to memory switched B lymphocytes taken from a convalescent patient of Covid-19 syndrome after 15 days of being tested negative for Covid. The special technique of cultivation (UK patent pending number GB2019861.3) depends on isolating the B Lymphocytes and treating it in a special way to fasten the multiplication and be able to harvest a considerable number of immunoglobulins within 3 months of starting the culture.

Therefore, EG-Covimab-H is the first polyclonal antibody that was derived from Human cells and was cultivated in the lab without animals to be involved as hosts. It is to be mentioned that many researches proved that the early intervention with the antibodies protects from advancing the disease and helps in eradicating the virus without serious side effects.

EG-Covimab-H is meant to be used as early intervention in all the positive cases, in addition to being an effective vaccine for immediate protection. The antibodies are active in protecting the patients as soon as it is injected into the blood (passive immunity).

Moreover, the Chief Scientific officer of EW biotech Lab (UK), Dr. Alaa Abdelkarim, declared that one of the applications for EG-Covimab-H will be in the form of Nebulizer liquid to be administered by Inhalation. The importance of this application is fighting the virus as soon as it reaches the upper respiratory tract and invades the mucosa. This will help in immediate vaccination for the front liners (Physicians, Nurses, Civil Servants, police officers and all the workers that need to deal with a large number of persons in closed places).

EG-Covimab-H is still pending animal testing and the needed clinical trials to be able to get the needed approvals to be used publicly.